Born in 1998, Moscow. The artist graduated from The Abramtsevo Art and Industry College named after V.M. Vasnetsov, Art Metal Processing Department in 2017. Milena graduated with degree of Bachelor in Art Glass from The Saint Petersburg Stieglitz State Academy of Art and Design, Department of Ceramics and Glass in 2021. She has continued her studies for Master's degree at the department of Artistic Metalwork at the Academy. Milena lives and works in St. Petersburg.

In her work Milena Strelkova examines the relationship between nature and man, the influence and dependence of one on the other, where posing the question of good and evil takes on a double meaning. The sculptural objects in the Nature series, created in the technique of Pâte de Verre ( kiln-casting method of glass crumbs), have a completely unusual appearance of living creatures. It is a kind of imaginary world that was created in the aftermath of a catastrophe. New life formed from ashes. This new form of life creates a sense of unease that allows us to reflect on the actions we take today and the world they will lead us into tomorrow.

Milena works with installation, sculpture, graphics and video. She uses glass, metal and other media as tools in her art practice.

Group exhibitions
2021 - blazar fair, art fair of young contemporary art, Moscow.
2020 - Competition for the development of the glass design concept "Krestetskaya Stich - a tradition in tune with times”.
2019 - Competition for the development of a souvenir "Golden Ring of Russia" by The Gusev Crystal Factory named after Maltsev.
2019 - IV International Biennial of Enamel Art. "Golden thread - the road of creativity", The Saint Petersburg Stieglitz State Academy of Art and Design.
2017 - Youth Festival "New Names", All-Russian contest "The Art of Enamel", The Moscow State Stroganov Academy of Design and Applied Arts.

You are currently studying at the department of "artistic metalwork" at one of the oldest institutions of higher education in St. Petersburg, The Stieglitz Academy. Why did you choose this particular school? Tell us about your studies, how does the academic environment influence you, and is there room for self-expression?


I studied at The V.M. Vasnetsov College of Arts and Industry before I graduated from The Stieglitz Academy. It is in the Moscow suburbs, not far from the Abramtsevo estate, where its history began, thanks to arts patrons and connoisseurs of Russian art Savva and Yelizaveta Mamontov. An artistic circle was formed there, which included such great Russian artists as V. Vasnetsov, I. Repin, M. Vrubel, V. Serov, V. Polenov. And as you can understand from the above names, this college was based on the Russian tradition. And my story has begun there. Perhaps, that is why I have such awe for subject of Russian tradition too, it can be seen in my work with the Kokoshniks. And that is where my love for working with the material was born.

The question of where I should continue my further training came up already in the second year of my studies. I visited a lot of Moscow schools in search of the right one. I had never been to St. Petersburg, so I went there on purpose, to visit "The Fly" (the nickname of the Stieglitz Academy). The approach to teaching there impressed me; I had no doubt that I would apply there and nowhere else.

The main approach to teaching at the Academy is to grow an independent artist. So the goal is to treat a student as an individual. Of course there is craftsmanship, but there is a great deal of attention to ideas and meanings we put into our work. The main motto of the Academy is self-expression; you are never forced to do something you don't want to do. That's why I chose "The Fly" as my higher education. But I can say that the workload there is very large, precisely at the master's.

The main direction of the Academy is training specialists in the field of arts and crafts. What is primary for you in your work: ideas or you follow the material to a greater extent?


Probably after eight years of training in the artistic field, I can say that I initially think with the material. Most often ideas come to me at once with visual images; I immediately see the future work in my mind. Details in terms of technology or refining the artistic language are worked out as I go along, to convey the meaning better to the viewer. Sometimes it happens that it is only the idea that comes first and I am looking for the right way to fulfil it, but that's more rare. In any case, the material just prompts you, augments the work; it talks to me.

You create sculptures and objects combining metal and glass. What moved you to this synthesis? Tell us more about the Pâte de verre technique.


In college I studied "artistic metalwork". Even then I started having projects where I combined metal and glass. But they remained ideas on paper, because at that time I had no knowledge of working with glass. In this connection I made my decision to enter the Academy exactly for the purpose of studying at the department of "ceramics and glass", I was looking for the opportunity to translate my multiple ideas into material. Glass was present in almost every second project I did. The combination of fragile, airy glass with a coarser material like metal creates the very image of the world that is close to me and that I see every day.

It took me a long time after I entered the Academy to get used to the material. During the first two years we studied mainly vases and dining sets, which I didn't particularly like. But at some point I learned of the "Pâte de verre" technique. It was very different from any glass I had ever seen. It is a technology of sintering of glass crumbs. At the beginning of my learning about the intricacies of working with "Pâte de verre", I was faced with the fact this technology was little used in Russia, and there was almost no information about it. Before I began to create large, voluminous works I made a lot of test pieces. My goal was to find the right temperature regime and to work out the behaviour of the material. The original "Pâte de verre" technology uses homogeneous glass powder, but I was looking for a way to combine different types of glass fractions. Further experimentation continued with the baking of metal in glass, which was very exciting. I could hardly believe that it could work, usually glass cracks because of the tension of the metal but I succeeded.

In the New Nature series of sculptural objects, you address the relationship between man and nature and the emergence of new forms of life on Earth. Do you think anthropocentrism is an out-dated concept and how do you see the future of the planet?


It's strange that many people don't see or don't want to see, but human is destroying nature every day. And this will surely happen someday; it's more a question of time.

Everyone knows that the human species is the highest form of life on Earth in all of its existence. Man has made great progress, but in spite of this, he is destroying all other species of creatures and plants, leaving behind only ashes. If everything is left as it is and no effort is made to bring balance to natural systems, it will sooner or later lead to disaster. When I was doing my Nature or New Nature project, I came across an interesting fact. In the early stages of life, the Earth was inhabited by the first bacteria, which in the process of evolution began to produce the oxygen that we now breathe. This was detrimental to them, and due to the oversaturation of oxygen on Earth, they became extinct as a species. Their place was taken by a new species for which oxygen became the main component of life. This is a very interesting example of how a species wiped itself out. If you look closely, a similar situation is happening now.

In your opinion, can culture and contemporary art change humanity's attitude to the problem of ecology?


I would like to believe that yes. The viewer can have an aesthetic experience in all kinds of art. An aesthetic experience is the deepest, most complicated, and most interesting one. And contemporary art gives this experience to the fullest extent. In my opinion, the task of art is to rethink the world, to give it new content, to push people to think about the values of our world and what it might become.

More and more artists are emerging now who are talking about environmental issues, it's an important indicator of what's worrying society today and a great opportunity to be heard and to encourage people to take action.

What inspires you and do you have any favourite artists?


There are many things that inspire me, from people and communicating with them to a floating leaf in a puddle that an insect is trying to climb on. I live in the centre of St. Petersburg, and the contrast of emotions between the bustling city and the peaceful expanse of forest leaves a strong emotional impression on me. The city itself is informative and thought provoking. However, most of my project ideas are born when I'm in countryside in solitude with nature, where all thoughts fall into place. If I am being in the city for too long, I often get the feeling that I have been put in a cage and cut off any oxygen.

In general, I try to surround myself with information from different sources, different opinions and views. It's more interesting to find pulsating points that way.

I have several artists that I like. Among them I can single out Olafur Eliasson and Ilya Fedotov-Fedorov. I am impressed by their delivery language and of course by the subject matter, which I am passionate about. 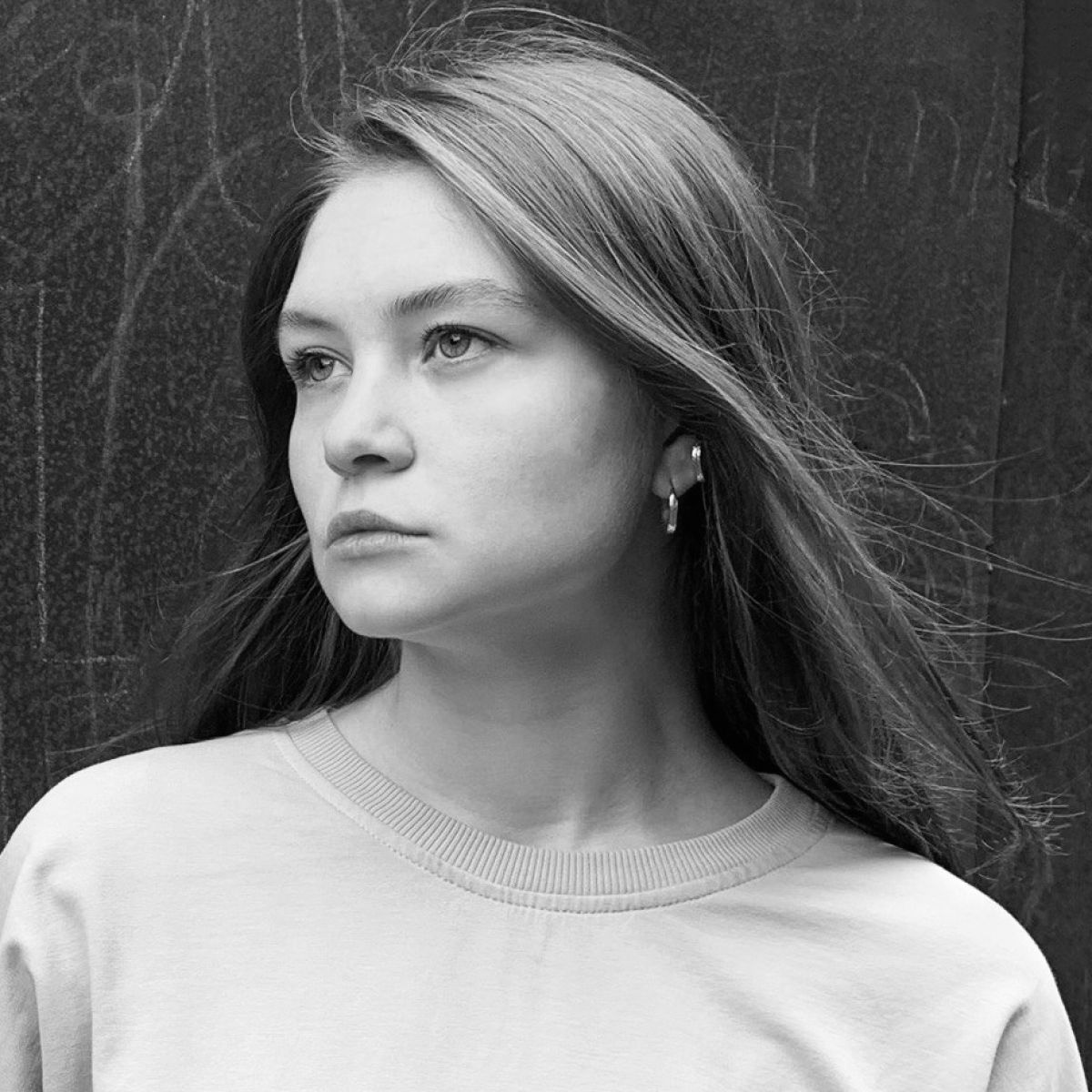 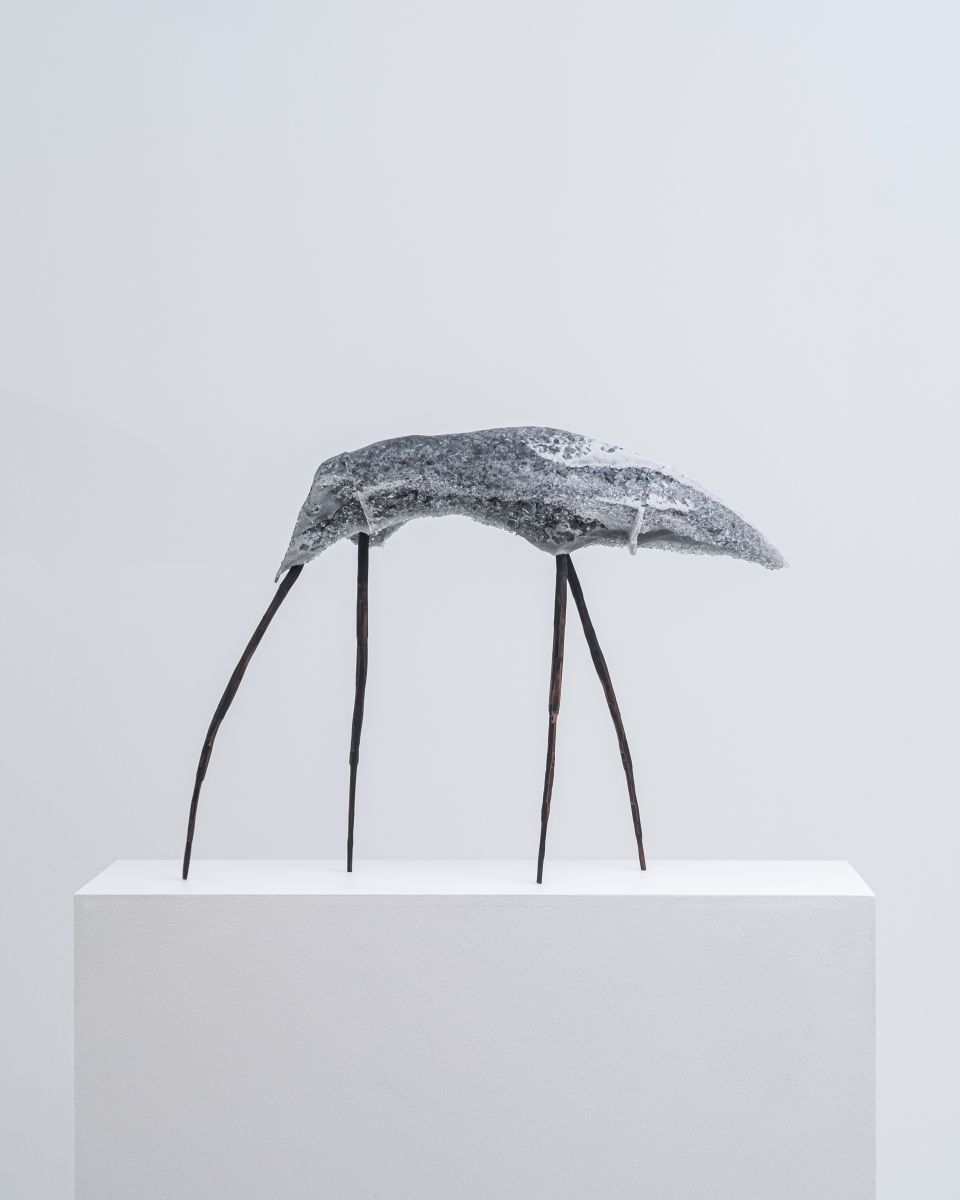 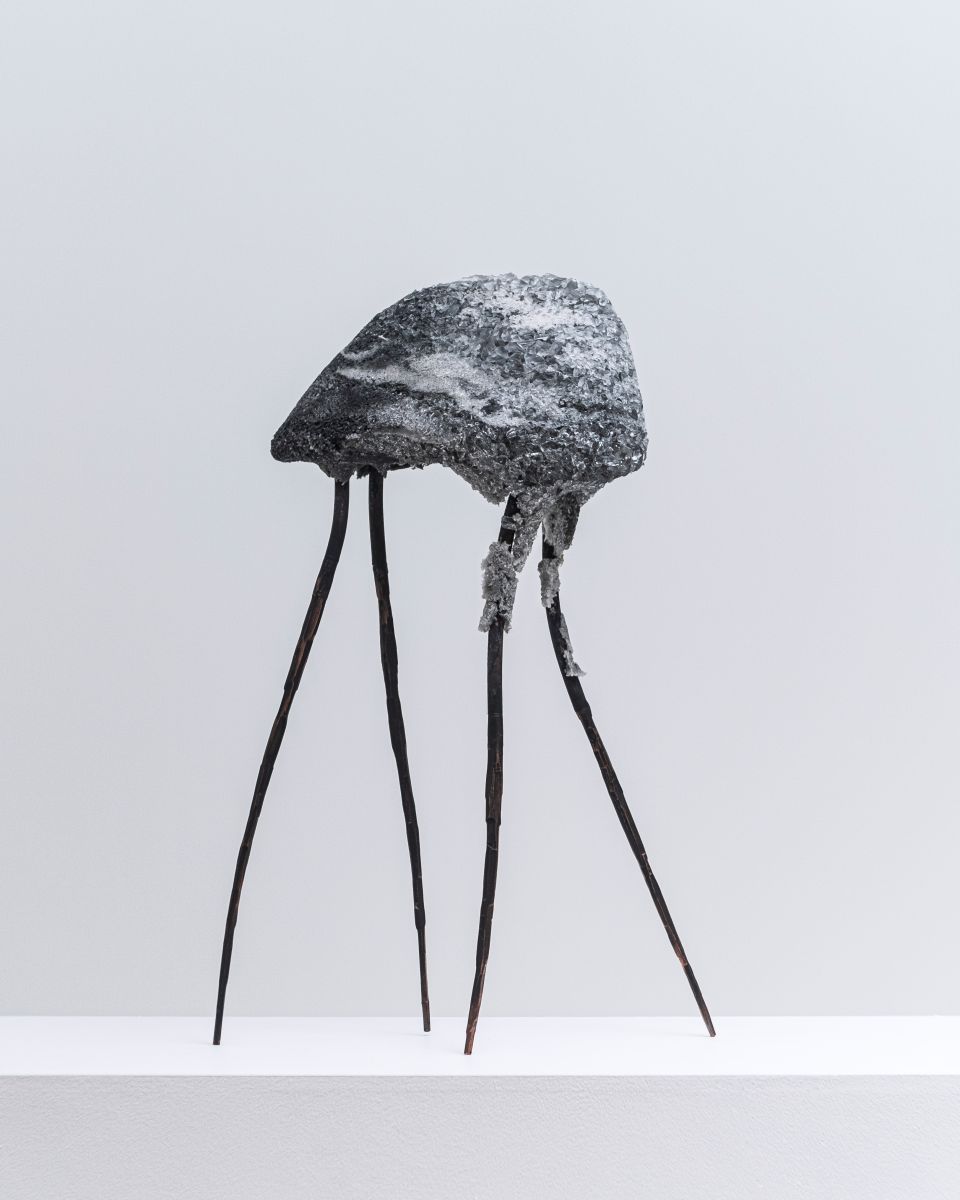 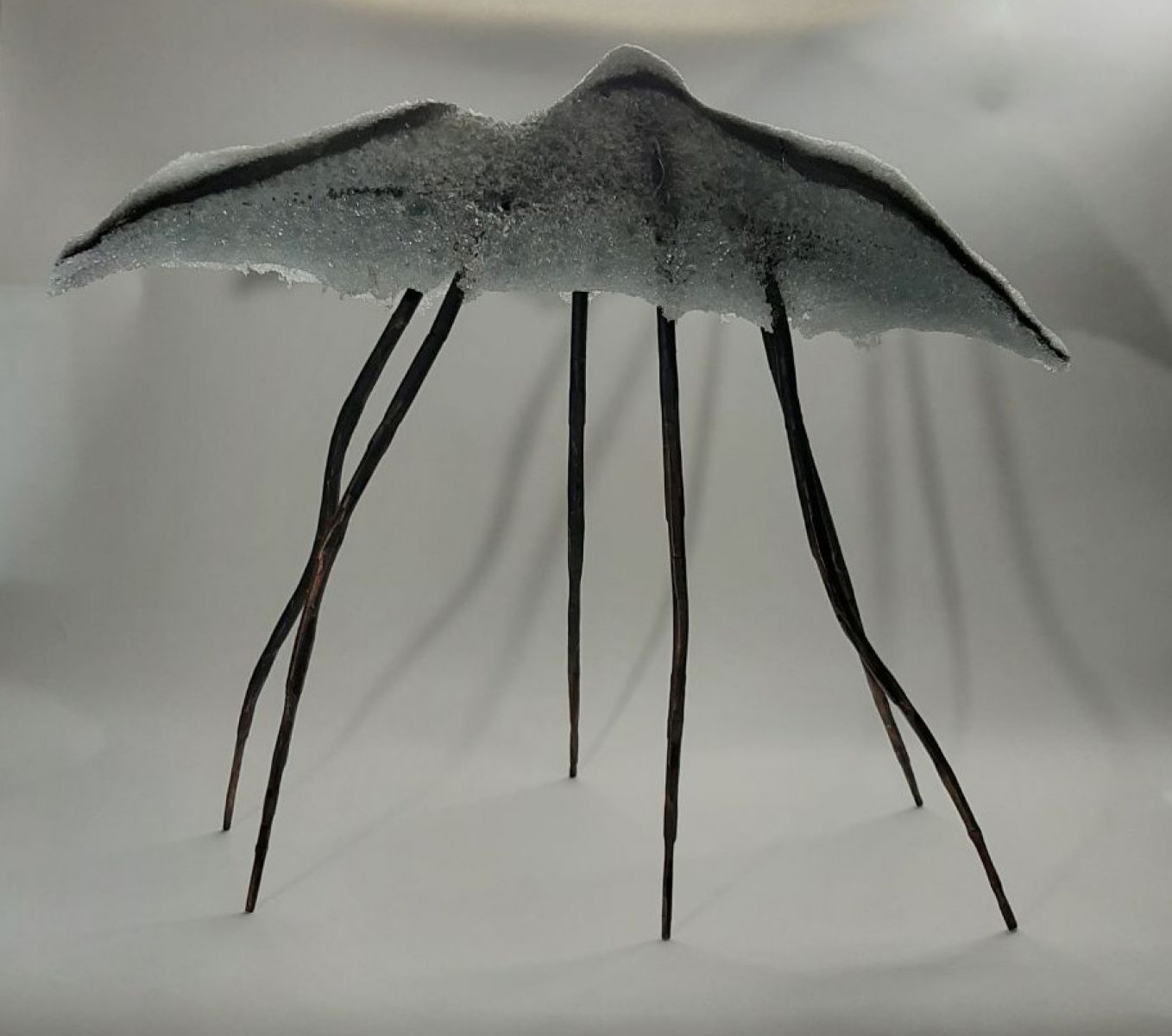 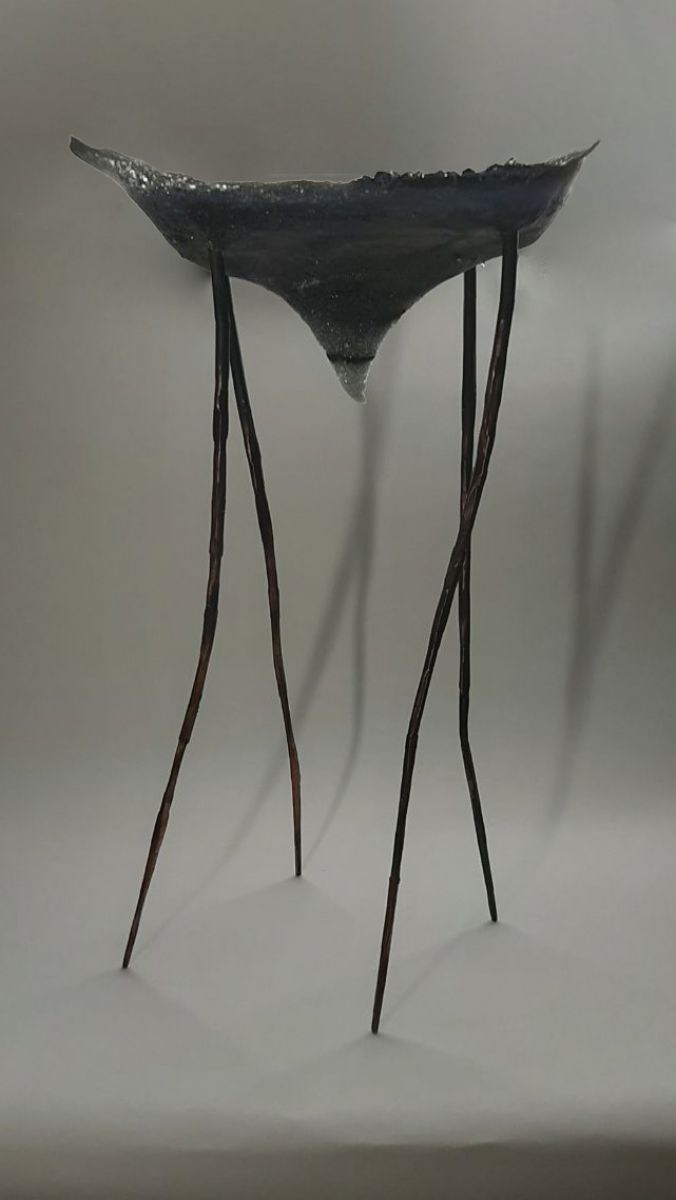 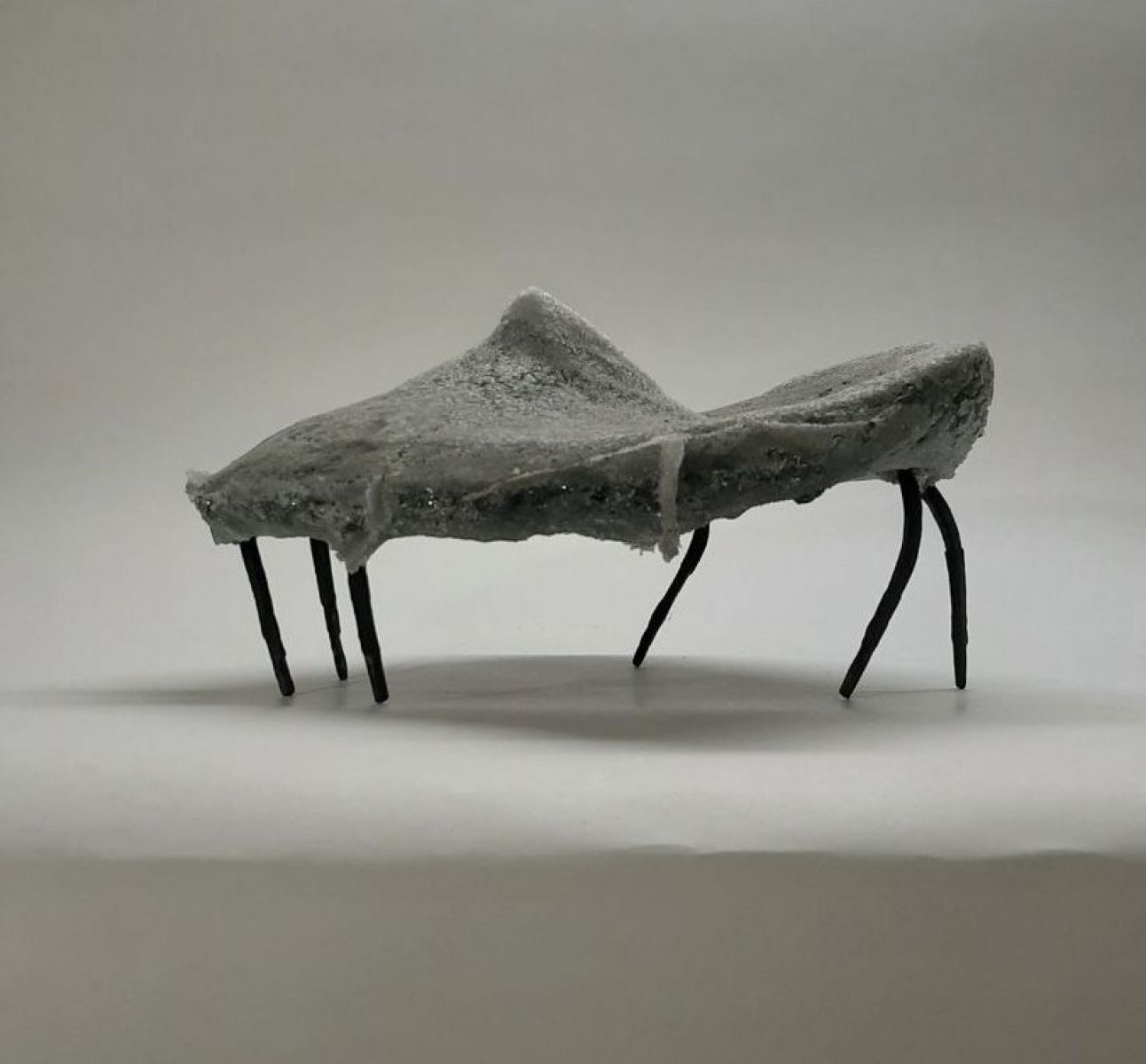 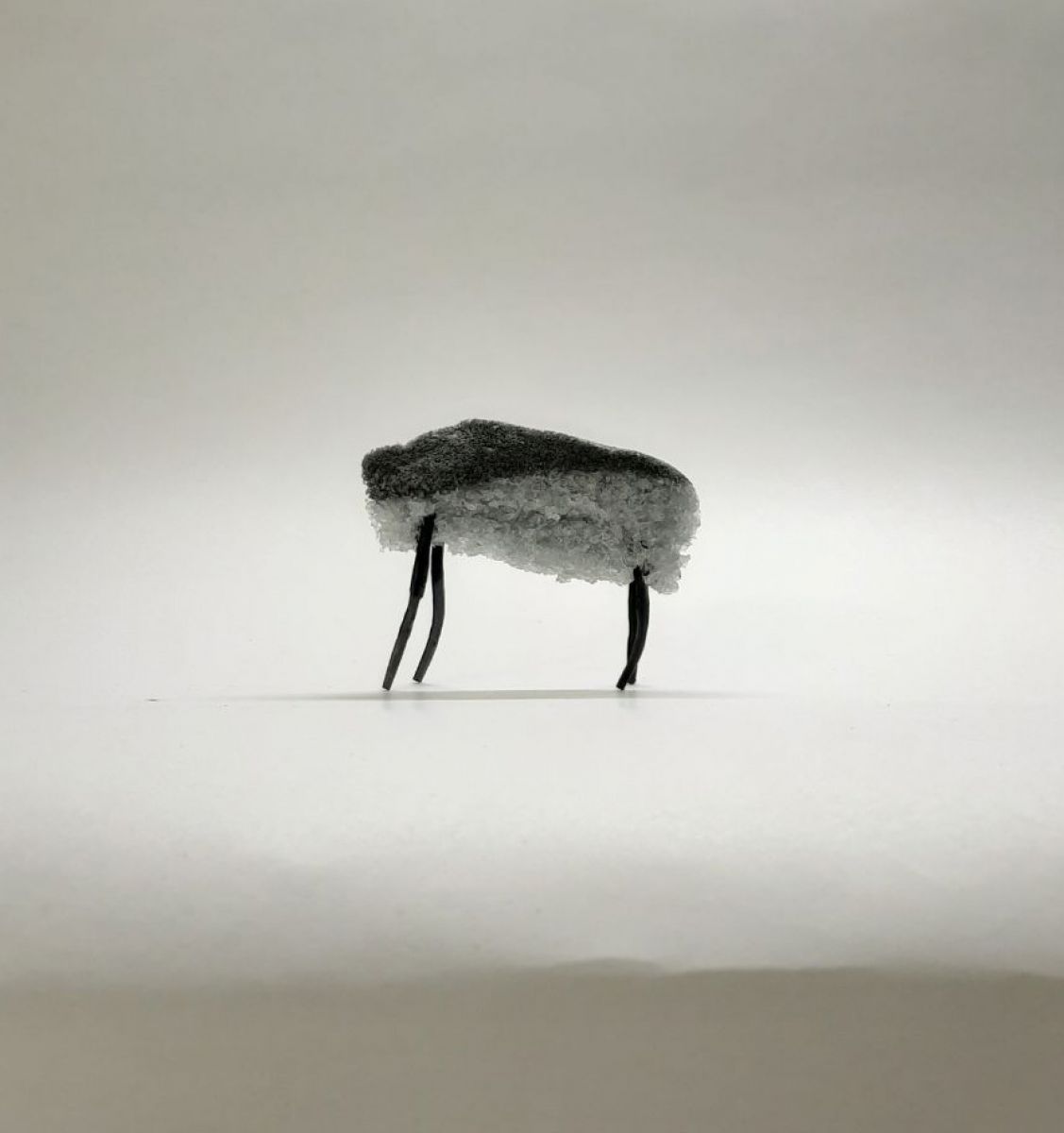